Ever since I was very young I knew I was going to be a singer. Aged 4 I was telling people “I’m going to be an opera singer when I grow up!”. At primary school we listened to the radio every week ‘Singing Together’. I loved all the folk songs. I even sang some little solos in the nativity play and other performances.

At secondary school I had a wonderful music teacher called Miss B Dowland Smith. She was at the school from my 1st year through to the end of my 3rd year. In that time she gave me individual piano lessons and group & solo singing lessons. I sang in the main school choir as well as a smaller chamber choir. We were entered for music festivals and grade exams (Associated Board and Trinity College of Music). She also taught us theory.

The experience was wonderful. In the 3 years Miss Smith was teaching me I achieved grade 2 piano, grade 6 singing, grade 4 theory, and grade 2 musicianship. I entered solo and duet classes in music festivals and with the choir. Without this wonderful teacher I know I would not have been able to achieve the things I did later on. 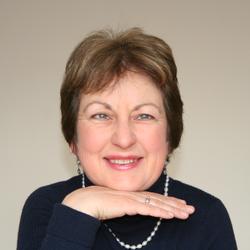 After school I went to West Kent College, where I studied A level music. After that I went to Trinity College of Music. I did a performer’s course and gained an LTCL diploma. After college I started auditioning for some professional singing groups such as the BBC Singers and the Monteverdi Choir. My first engagement was a promenade concert with the BBC Singers. I remember travelling to Paris with the BBC Singers. I thought it was so exciting.

I went on to sing with some of the greatest ensembles in the world. The Monteverdi Choir with their conductor John Eliot Gardiner, The Richard Hickox Singers, The Schutz Choir of London with Roger Norrington, London Voices conducted by David Atherton, Simon Rattle, Sir Georg Solti and others. I was often chosen by these conductors to sing small solos from the choir. 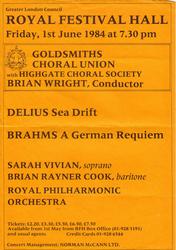 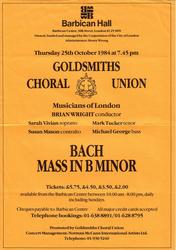 I also had a successful solo career. Some of the highlights include singing the Brahms Requiem in the Festival Hall and the Bach B Minor Mass at the Barbican for Brian Wright and Goldsmiths Choral Union, Beethoven’s ninth symphony for Roger Norrington, and Handel’s Hercules in the Queen Elizabeth Hall, with Sarah Walker as the alto soloist. The Hercules performance was well reviewed in the Daily Telegraph.

Other significant solo work included a concert with the Liverpool Philharmonic, and Elgar’s Kingdom for Richard Cooke.

I also did a recital on BBC Radio 3. The programme included pieces by Poulenc, Berkley and Pria Rainier.

I recorded “The Geisha” by Sidney Jones for Ronald Corp, singing the solo part of Madame Juliette, as well as one of the geishas. Sarah Walker was one of the other soloists. 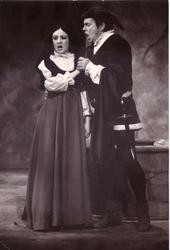 Operatic performances included singing 1st Boy in The Magic Flute for Opera du Nord in Lille, touring with Opera East singing Norina in Donizetti’s Don Pasquale and singing Gilda in Rigoletto for Welwyn Opera. I sang for Kent Opera for three years, covering a small part in my first year, and sang in the chorus in Bayreuth for three years. 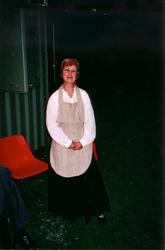 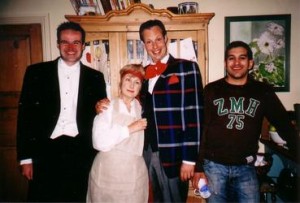 In summer 2008 I sang the part of Berta in performances of Rossini’s Barber of Seville for Opera a la Carte. The tour included Shropshire, the Cotswolds and two performances in London as part of the Ealing Festival. The pictures show me in costume and other members of the cast.

Church singing is something that I have done throughout my career. I started singing at St Brides, Fleet Street and also at St Pancras. Then I was in the choir at Marylebone Parish Church and lastly sang at The Church Of The Immaculate Conception, Farm Street for 15 years.